What comes to your mind when you think of Amsterdam? You probably think of the miles-long canals, the tulips and the scenic boat houses. Or the Van Gogh museum and the thousands of bicycles criss-crossing the city. Or the coffeeshops and the open-minded nightlife. Definitely, the Dutch capital is a popular tourist destination. However, besides the countless tourists attractions, the city is also a strong business hub. International business in Amsterdam is blooming.

Driven by its optimal geographical location and high quality of life, Amsterdam is positioned as an ideal city for business. This way, major companies and top financial firms are considering a move to Amsterdam in wake of Brexit, while many others are already present. Global players like Google, Nike and Netflix already have regional headquarters and make Amsterdam a buzzing center of international commerce. The city is an attractive destination for business thanks to a diverse pool of talent, people’s impressive grasp of English and excellent connections to the rest of Europe. Whether attending a conference or just visiting clients, business travelers will find themselves in Amsterdam sooner rather than later.

Amsterdam’s openness and laid-back atmosphere attracts creative talent of all stripes. As a result, industries such as advertising, fashion, TV and music are thriving. The picturesque city inspires thousands of creatives who work on award-winning ideas.

Creativity also drives a buzzing start up scene. Co-working spaces, accelerators and incubators form a tight ecosystem powered by one of the most impressive digital infrastructures in Europe. Did you know Amsterdam enjoys the fastest Internet? The Netherlands ranks in the top three of countries with fastest average connection speed in the world. Such infrastructure powers the development of apps and games at the over 800 startup companies located in the Dutch capital.

Art directors brainstorming by the canals, software developers coding in industrial buildings turned tech hubs… The city seems to be positioned as Europe’s Silicon Valley. However, historically Amsterdam has been a financial center. The Dutch pioneered financial developments like the world’s first central bank and Amsterdam was the cradle of the world’s first joint stock company. The capital still is a major financial center. As such, the sector accounts for 25% of the regional economy and provide 255,000 jobs. Today, the focus is on the FinTech industry, taking advantage of the presence of big data centers and the advanced digital connectivity -Amsterdam is the home of the largest data transport hub in the world. 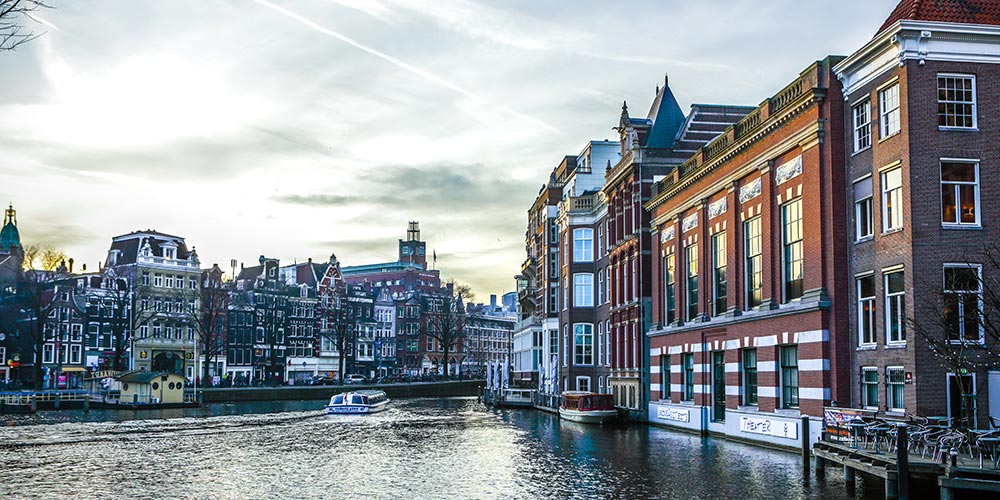 Conventions, fairs and major conferences are other strong motives to conduct business in Amsterdam. The city hosts top business events like the IBC, the world’s leading media and entertainment technology show, and the calendar is getting busier. Last year, the first edition of Amsterdam Capital Week welcomed tech luminaries such as Tim Cook, Eric Schmidt, and Travis Kalanick. The event comes back this fall. The World Summit AI brings together over 2,000 experts in one of the hottest topics in tech these days: artificial intelligence.

If you are attending to any of these events, Hotelzon can help you find a place to stay. With over 400,000 hotels globally, there’s no shortage of choice. Find out more about Travelport Hotelzon’s hotel booking solutions by requesting a demo today.

Subscribe to the Hotelzon newsletter to receive the latest insights and tricks of the trade.

Business trip to Madrid: What you need to know

Room 606 – A look into the first designer hotel